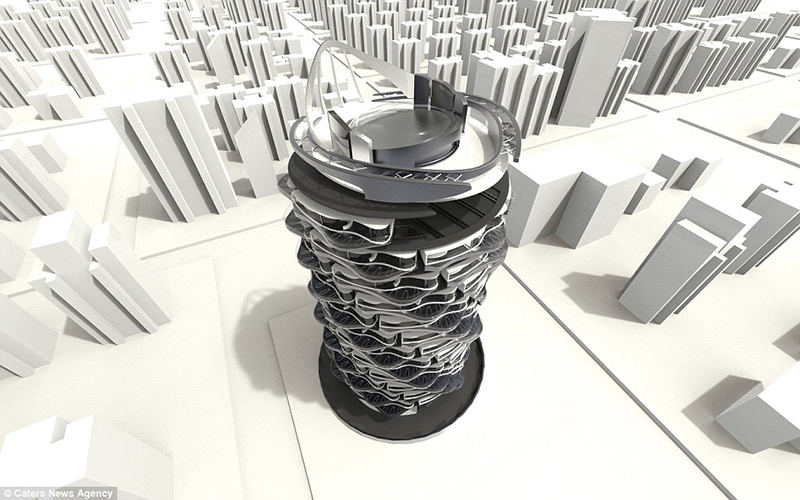 A designer has developed a futuristic concept that solves the issue of housing inequality.

Taiwanese industrial designer Shin Kuo came up with an idea of a spinning apartment building for his thesis project at the San Francisco Academy of Art University, which he titled Turn to the Future.

The result was a building where each unit moves down a roller-coaster style track that wraps about a 27 story frame – offering ever-changing 360 degree views of the city around.